In order to make a photography trip, I visited Spitsbergen (Svalbard) from July 22 to August 13, 2010. The first week I was lonely and alone in Longyearbyen. On the last two weeks I sailed, together with a group, on a classic sailing vessel...

On the first week I rented a car and had a lot of nice photo opportunities in the vicinity of Longyearbyen. At the local dog kennel there was a good photographable adult Ivory Gull. Later I also found a lot of Snow Buntings, Arctic Terns, Eiders, Parasitic Jaegers, Long-tailed Ducks, Glaucous Gulls, Dunlins, Ringed Plovers and Purple Sandpipers in summer plumage. There would eventually be the opportunity to see Rock Ptarmigans in the mountains around Longyearbyen but unfortunately I just saw one individual where I couldn’t take a picture. Reindeer is a common species, you see them everywhere.

While driving at Longyearbyen Airport, along the coast, I saw a lot of passing Fulmars and other seabirds, like Puffins, Brünnich's Guillemots, Black Guillemots and Little Auks (this last species nests on the slopes). I climbed up and waited till the Little Auks flew back, so I could shoot them closely. At the camp(also in the neighbourhood of the airport) a couple of Parasitic Jaeger nested. It was clear that no one had set up their tent near the nest.

After the first week on my own, the group for the sailing trip arrived and we left with the sailing vessel ‘Noorderlicht’, a beautiful vessel over a hundred years old. Aside from the eighteen tourists, there was also a cook, a first and second mate and a guide. The food was delicious and the ship was lovely, the only downside was that the cabins were very small.

During the sailing trip we had a daily walk on the mainland and possibly a sailing excursion, for example, along a slope where birds were nesting. Unfortunately we had to stick together as a group because there was only one armed guide. This was quite a contrast to the earlier promise of the travel agency Sundowner, that had assured me of the fact that there would be two guides: one for a group that would want to take pictures and another for a group that would want to have a walk in the countryside. This misinformation cost me a lot of photo opportunities.

We saw seabirds from the boat and many marine mammals too, like Minke Whale, Fin Whale, Blue Whale, Belugas and Walrus. Later in the trip we saw a lot of Arctic Foxes and a total of eleven Polar Bears. Usually the vessel could not approach the Polar Bears closely, but we got lucky twice  and it worked out well. One time we found an adult bear in front of a beautiful glacier. The second time we saw two bears frolicking by a whale's carcass. In the latter situation the anchor was loose and we drifted towards the bears! 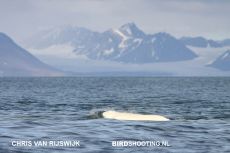 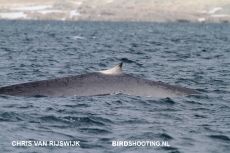 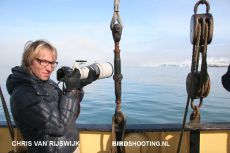 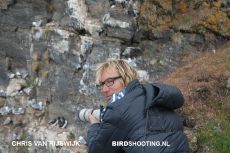 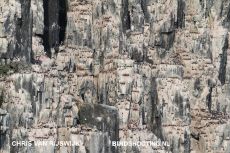 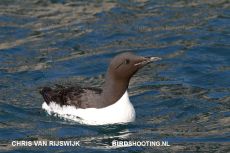 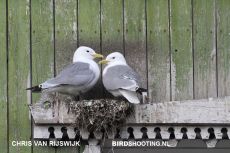 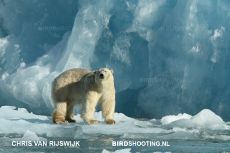 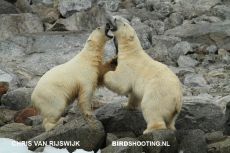 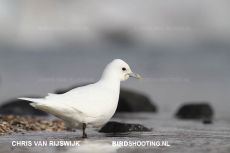 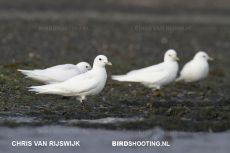 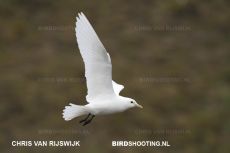 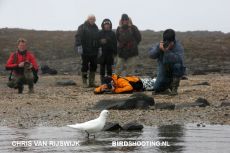 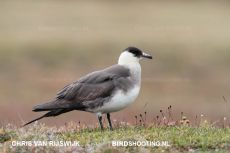 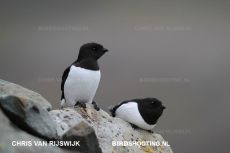 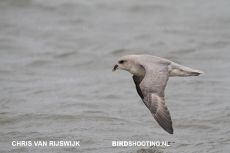 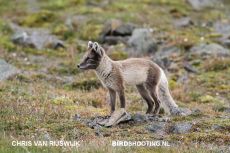 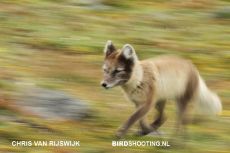 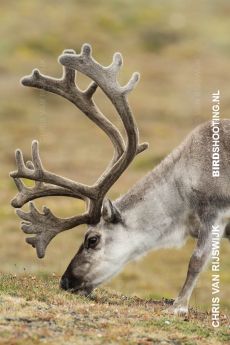 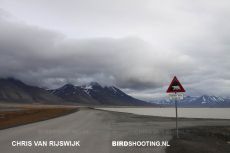 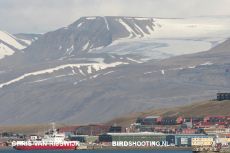 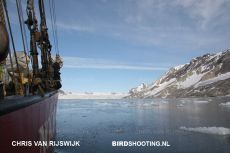 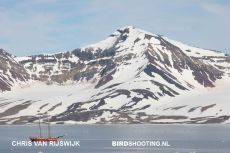 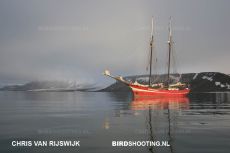 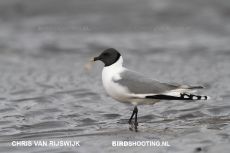 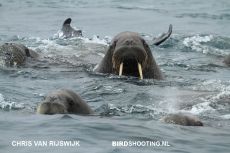 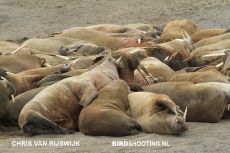 In Spitsbergen there are 24hours of light in the summer: a special experience! When I visited it wasn't extremely cold, I only wore my thermal underwear once. There is, besides birds and (marine) mammals, much more to see on Spitsbergen, like plants and remnants of whaling. Regrettably the Netherlands played a prominent role in this whaling.

I believe it's a must for every bird photographer to visit Spitsbergen. Perhaps a month earlier would be a better period of time, because then there are many Grey Phalaropes and King Eiders. We had seen these birds, but not in large numbers. Spitsbergen is definitely worth a visit!